Giving birth to a baby is one of the most significant and exciting moments in a woman’s life as she has become a mum from a girl. After the long and painful labouring process, it is very important for the mum to have a proper postnatal care so that her body can recover to a healthy status. In Chinese culture, the first month afterbirth is extremely important and special for the mum’s recovery and the ‘month of confinement’ has a lot of strict rules. Chinese people call it 坐月子, ‘zuo yue zi’ or ‘sitting the month’.

This Chinese tradition started over two thousand years ago from the West Han Dynasty.Doing the month of confinement properly helps a mum both physically and mentally, because she has lost lots of blood and ‘qi’ during the labour, from the traditional Chinese medicine (TCM)’s perspective. Many Chinese believe that doing the month properly can also help the mum healing from some other diseases which she had suffered from before birth.

Nowadays ‘Zuo yue zi’ has even become a business in China. There are hundreds of ‘Yue Zi Centres’ where a lot of professionals who have been trained and educated on postnatal care are there to look after the mum to assist her recover from the weakest period after birth.

One aspect of the postnatal care is eating. There are numerous restrictions in the food that a mum can eat during the month of confinement. For example, it is not recommended to eat cold and raw food, nor the spicy and hot food. Certain fruits and vegetables such as pears and watermelons are too cold and should not be eaten too much during the month.

Through thousands of years’ experience and study, Chinese people believe that the placenta is very good for human beings including mums after birth.

Placenta (胎盘, tai pan), is an organ that connects the developing fetus to the uterine wall to allow nutrient uptake, waste elimination and gas exchange via the mother’s blood supply, fight against internal infection and produce hormones to support pregnancy. It provides oxygen and nutrients to growing babies and removes waste products from the baby’s blood.

Placenta can be eaten by making dumplings or cooking together with other dishes, some people choose to make capsules so that it looks cleaner and is easier to take in. The dried placenta (紫河车, zi he che) is thought to be a healthful restorative and is sometimes used in preparations of traditional Chinese medicine and various health products.

The practice known as human placentoghagy has become a more recent trend in western cultures nowadays. Having your placenta put into capsules and tinctures is considered a far more appealing and palatable way of ingesting and is becoming popular in all cultures. Increasing your nutrient intake during confinement speeds up the recovery process and creates a much more enjoyable transition to motherhood. 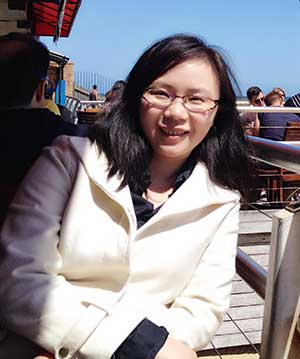